Well who are Straighthate, well they come from Greece, uhhh nice place for a vacation, but who cares who they are, we are here to talk about their latest album, that they gave me a copy, how nice of them heheh, called “Indigenous”, the music fits into a kinda “Death Grindcore Hardcore Metal” thing, just like they say on their website, again, how nice, lets check to see if the music is nice as well, shall we.

I guess Indigenous is plagued by some of the same shit that plagues this kind of music, after a while it all seems the same, it doesn’t feel like its really a band problem as much as a musical genre problem, there are only so much ways you can blast away, well anyways it all starts off from “Middle Class Kidds” with the all too smoothing blasting and growling, its kinda quick and simple grindcorish track, not too bad, “Cannibalistic Society” is more a hardcore grind with nuances at the end, “Higher” starts up with … i don’t know some kind of movie sound sample with people struggling while Grace Slick and the Jefferson Airplane Starship sing “White Rabbit” on the background… what? higher? hey not all hippies were high hahaha, well anyways it then goes into blast hardcore and kinda keeps like that till the end, still with a nice pace to back it up, “You’ll Never see Heaven” starts off slower more verging on the hardcore side, still with intermittent blasting and then back to the full on blasting grind, till halfway were it kinda goes to more a death mood, humm a bit spliced together but still nice riffs and interesting listening, “Ethnocide” is a bit of a 2min throwaway track blasting half way to more growling and more blasting.

“Curse the Unholy Corpse of Jesus” is another kinda mess of track, and not in a good way, the vocalist seems to be everywhere on this one… txaaa you don’t need to growl all the way through, sometimes not talking makes a bigger impact, let the music speak for you, “Stench of Immortality” is back on the hardcore side of things, and a much better listen, kinda reminds me a bit of hardcore punk, well with the added screaming howls, finishes on a more moody groove, solid track, “Company Car” moves us back into the griding and blasting, kinda standard stuff, “Procreate” is a bit groovier hardcore grind track that finishes with a guitar lead, cool, now “Isolator” kinds starts a bit techie but grows back into full blast grind, “Kollapse” is a bit of more groovier kind of death hardcore metal, i liked it, mostly cause it has a bit of everything and still sounds pretty distinct from the rest of the the album, “Which One of Us is Gonna Die First” again starts off with more hardcore metal and kinda goes on… but well you all know what i feel about 15min tracks, unless they are going to do some groundbreaking stuff, then they mostly suck, this one is ok with some not that good parts… still about half way it stops for the “ethereal” sounds and the low guitar number finishing with some talk that gets lost on someone like me that grabs a cd to listen to music not to someones thought agendas… boring, especially for re-playability… skip skip.

From production values, lets say its ok, a bit muddy at times, still even though most tracks aren’t awesome, there are some interesting ones, also cause most tracks keep it short it listens well as a whole even when they start a lot of tracks with interesting and groovy intros and then blast away until the end, not following through, uhhh also i found the track names quite charming heheh, so what can i say of “Indigenous” humm like i said above this genres are a bit difficult to move beyond what is expected, even if you fuse and mash them together like Straigthate intended, i would say that this album is a solid album for those genres, these guys know theirs chops, this isn’t some garage shit, so if you are into hardcore or grind, be sure to check them out its a pretty sweet listening, but if you are looking for enlightenment, fish elsewhere ^_^ 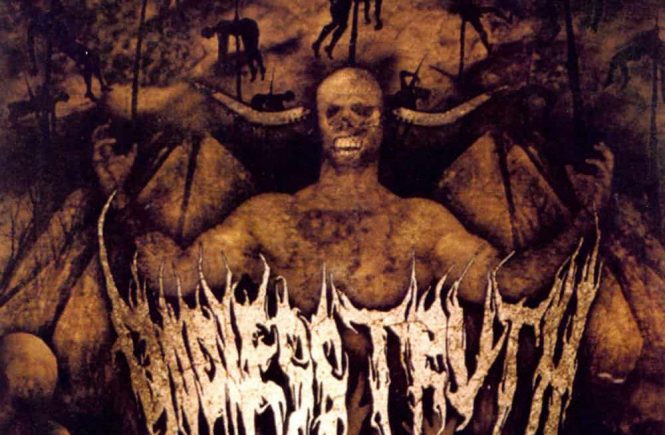 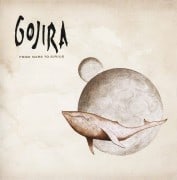