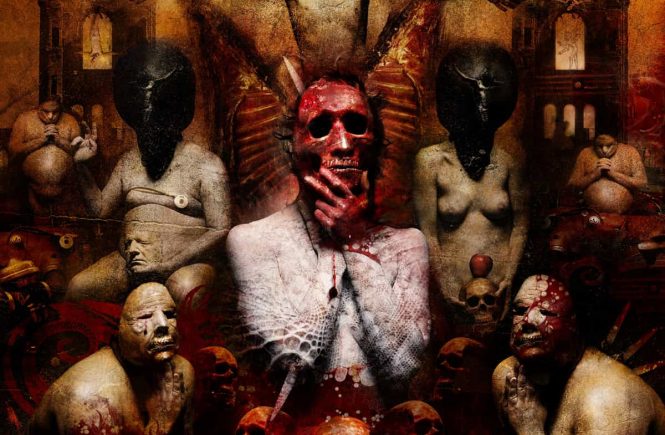 Vader is back with another album. This guys record new material like if there is no tomorrow. I bet that, in less then one year, I will be already reviewing another Vader EP.
So… carrying on the Vader’s tradition – making albums between EP’s, or vice versa – we now have the “Impressions in Blood” album [previous Vader’s work was the “The Art of War” EP].

Every Vader fan knows what to expect from a new Vader work. Vader is Vader. They don’t change and I doubt they ever will. The question here is: do they still continue to smash us in the face when we listen to new material? Absolutely! I don’t know how they do it but, even with their “limited universe” [Vader developed they own style in the band early days and 98% of the songs are in that same style. All the riffs are Vader like, if you know what I mean] they always managed to create great anthems in all their works.

OK, now let’s talk about “Impressions in Blood”.
First of all, the only big change I noticed on the Vader sound is the addition of some orchestral intros [already explored in the previous EP]. I’m not sure if I like this yet. It doesn’t seem necessary somehow and some parts sound like black metal orchestration – like in Demon Burger. Hmmm I guess it doesn’t hurt, but it doesn’t help much either.

First track is an orchestral intro. I tend to skip it…
Second track is on and VADER starts playing. Typical Vader’s slow riffs in the intro, only to speed up one minute later. Hell yeah! Blasting all over the place. I think this album is one of the fastest albums in the Vader’s career, possible due to Darek Brzozowski faster skills. Doc [R.I.P.] has a great replacement, no doubt about that. Another slow part comes in right after the solo section. Very cool “Revelation of Black Moses” style passage, and then, blast away! once again.

“As Heavens Collide…” is fast as hell [yeah that was funny: as heavens collide, fast as hell. I rock ^^]. This 2:40m track really kicks you in the nuts.

“Helleluyah!!! (God is Dead)”. The intro is pretty evil. With that orchestral stuff it almost seems like a DB song. But soon we blast away into the chorus and Vader hyper-speed riffage. Very strong chorus by the way. I can almost see the mosh pit going nuts with this one in live concert. The middle part has a very cool mid-tempo riff.

Next in line is “Field of Heads”. This one starts with that Vader catchy-strong-fast kind of riff. I became addicted to this track. Another Vader anthem right there. I would lose the drum fill in the end tough.

“Predator” starts with another orchestral intro. This track as “filler” tagged all over the place. It’s a slow song, but that’s not the issue. The riffs are kind of lamme and boring. I would trash this five minutes track without thinking twice.

Thank god we have “Warlords” coming in. Another monster song! What a discharge… This track in a live situation can, and will, ignite the audience. This track rocks!

“Red Code”. This song as much of the “Revelations” vibe going on. Always enjoyed that album very much, so nice tune.

“Amongst the Ruins” is the next track. One more fast song, hurray! God, this IS the fastest Vader album till date [at least is the fastest since “Litany“]. As soon as this one starts you will realise that Vader rule and fuck the rest! [OK… maybe I’m overreacting, but this first riff really rocks! And is fast as hell!]. Towards the middle the pace slows down. Fifteen seconds pass the third minute and the bomb ignites again. Killer song.

“They Live!!!” is a two minute track with some kind of different vibe. It’s an OK track but it didn’t kicked me right on the nuts.

The record finishes off with “The Book”. I probably would cut this track also. Not as boring as “Predator” but hmmm it’s nothing special.

So, we have eleven tracks in total. One orchestral track and two tracks I would dump. We are left with eight great songs. That is a pretty good average. It is a fine Vader record and much more heavier then the previous album: “The Beast“. If you are a fan, you will love it. If Vader is not your cup of tea then “Impressions in Blood” will still not convert you. Try “Litany” first.

Check it out Warlords and bang your head! 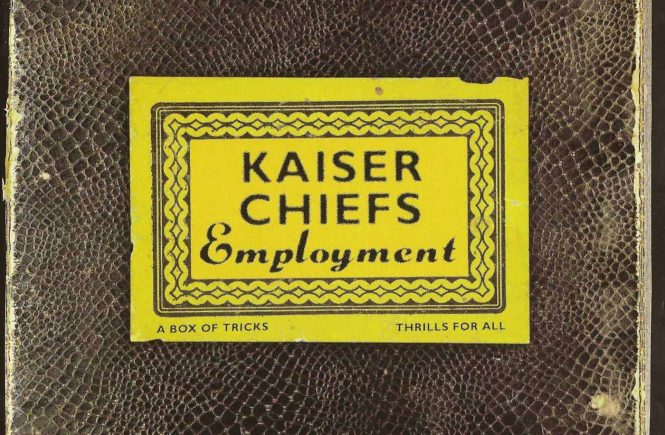 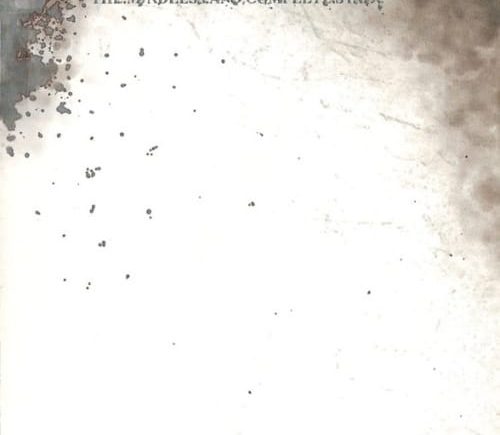